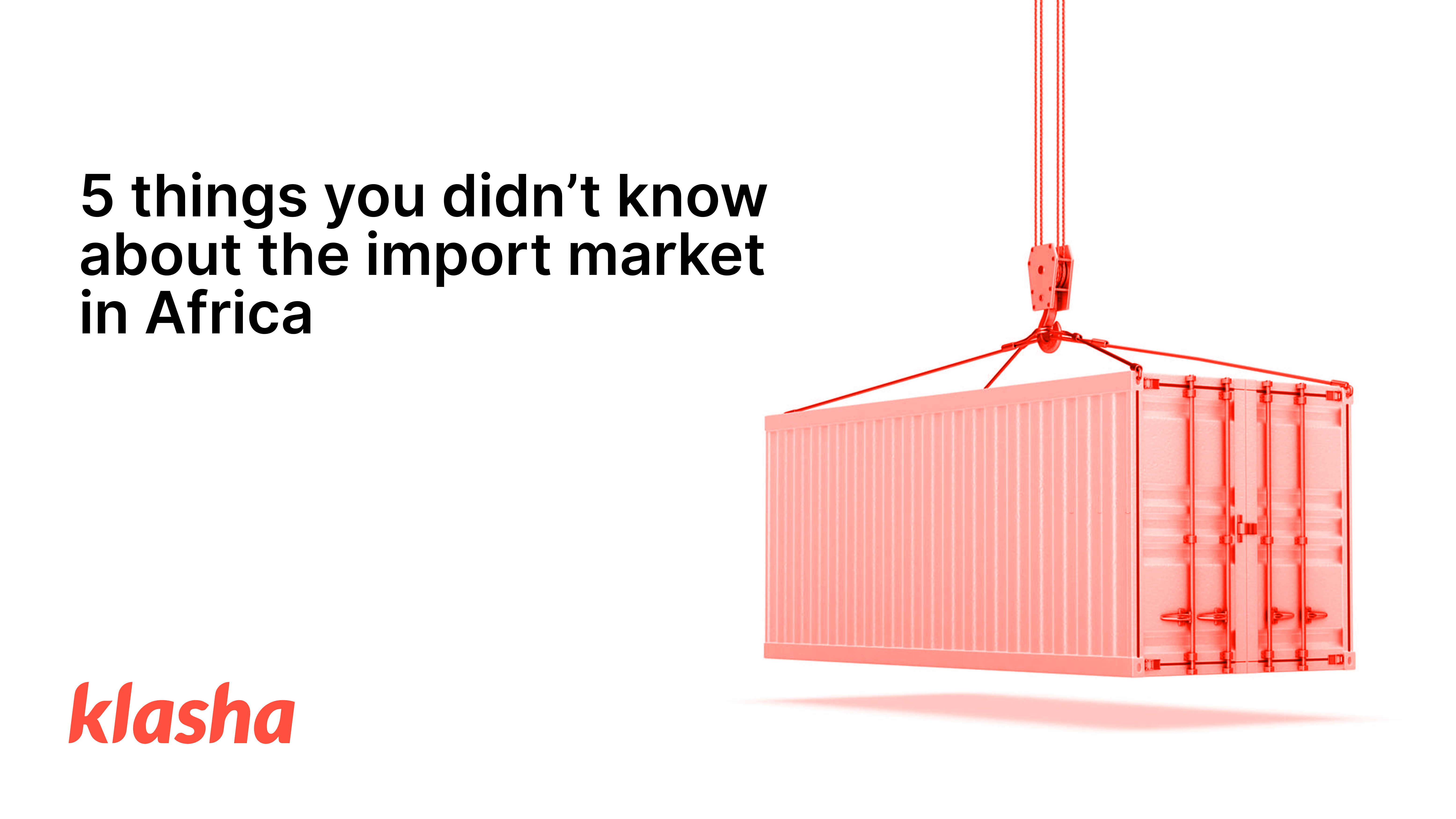 Africa, a continent with a fast-growing youth population, thriving economy, rapid urbanization and an expected move of over 50% of its people to cities by 2050, has enormous opportunities for merchants interested in its markets.

The African market is untapped and growing with the wide internet adoption by its youthful population due to the broad expansion of smartphones and mobile devices. High consumer spending, rising household incomes, and improved access to finance also show growth potential for international businesses. As of 2021, the final household consumption expenditure in  Africa amounts to 1.93 trillion U.S dollars.

A thriving sector in the African market that is largely increasing imports/exports in and out of the continent is online retail. This sector has seen fast growth in recent years with the high demand for consumer and capital goods in the local markets. Most African economies rely on imports to satisfy the needs and requirements of their large population.

In 2018, Africa imported $273,346 million worth of goods, and its exports were valued at $281,847 million, according to a World Bank report. As a result, many entrepreneurs are drawn to this business in frontier markets.

Intra-African trade is also growing fast and has huge future potential due to the African Continental Free Area Agreement (AfCTFA), which commits countries to remove tariffs on 90% of goods, progressively liberating trade. This new implementation is positioning Africa as the largest free trade area in the world, and international businesses can take advantage of this opportunity.

The African market offers a myriad of opportunities for both local and foreign importers/exporters, but there are certain things merchants should know before venturing into the African market

If you are thinking of receiving payments from Africa, choosing Klasha as your payment partner is one of the best decisions you’ll make. To start accepting payments via Klasha, sign up for free here.

Sign up and one of the Klashans will be in touch